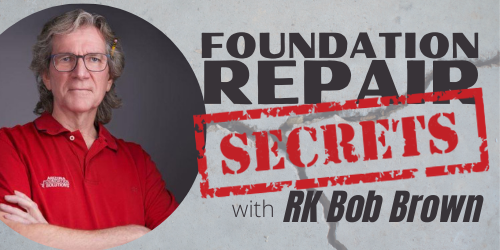 Free Initial Foundation Inspections for All Arizona Homeowners within our service area
Give us a call to schedule yours: 844-924-8900

In 1989 Robert founded Arizona Repair Masons. Inc. and in 2001 Arizona Foundation Solutions, LLC which has been operating continuously since then.

Robert brings over 30 years of construction experience is LEED Accredited and one of 2 Certified Foundation Repair Specialists (CFRS) in the State of Arizona. CFRS is a Designation of the Foundation Repair Association.

Robert Completed the Grouting fundamentals course from the Colorado School of Mines in 2008. He has served as an expert witness in law cases on several occasions and is the holder of Patent 7914235 issued in March of 2011.

Served as expert counsel on the following cases:

Stabilized and/or repaired over 4000 homes over 15 year period of time.

How I Got to Where I Am: Humble Beginnings of a Foundation Repair Expert

I started my life from fairly humble circumstances. Growing up I was never an exceptional student. I struggled with dyslexia and ADD. What I did have working in my favor was a strong level of persistence, a burning desire to succeed, with an independence streak that helps with “out of the box” thinking. Like many growing up in my generation I would go out mowing lawns with the handlebars almost reaching over my head. I used to work for my father’s employer gluing pennies to mailers for $.60 an hour.

I worked harder and longer than most of my older siblings and quite often they would come to me for loans which I would give out at exorbitant interest rates. My father lost all of his retirement nest egg investing in real estate with the interest rate bubble of the late 70s. Despite this set back, I was determined to get my college education even though I had no money other than a small savings. I borrowed a little money from a friend and went to a car auction and bought an old Chevy Luv pickup for $600. When they started the engine it raised a plume of smoke about 30 feet high. I figured I could replace the engine and still be in it for a decent price. When I drove it home I thought to myself instead of replacing the engine now why don’t I drive it until the engine goes… and then replace it? So I drove that old truck for two years, filling it up with bags of concrete and driving around to shopping centers and replacing planter curbs. The only way I could keep the old truck from overheating in the summertime was to drive with the heater on full blast. I suppose I’ve built up some sort of tolerance to heat!

Some of those early customers I still do work for today! 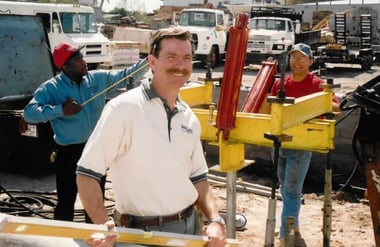 I did finally graduate from ASU in 1984 with degrees in architecture and in finance. The early days. Myself and 2 workers. Notice the pencil still in my ear… even after a long day of work. It’s a good thing I had my safety goggles on during the work….. Sharing a booth at a tradeshow with Sunland Asphalt. Eddie Basha once asked me “Bob why do you feel compelled to wear a tie with Levis?” Proof that I have always marched to a different drummer. In the early years of running my business I had lots of ups and downs. I remember working most of the days doing the concrete and masonry work, and then coming home and in my bedroom sitting at a desk I would do quotes and billings at night. During one period I remember having a sports injury that required surgery on my ankle. Because of the surgery I was not allowed to put any weight on the foot for 12 weeks. I remember going to the job site and finishing concrete hopping around on 1 foot. And, finally saving up enough money to buy a used concrete mixer from Valley Rentals for $500. I was in hog heaven!

Prior to that, I mixed everything by hand in a wheelbarrow Our first office after I outgrew the bedroom (photos below). I converted this house to 1 bdrm rental with an office and yard on the backside. Over the years I’ve tried to look at the needs of our community and provide a service that was not being met as well as it could have been. I have always believed that I need to understand the problem before applying any solutions to fix it. I have had more crazy inventions and ideas than I can remember trying to think out of the box and solve problems! Many of my employees think of me as the mad scientist. This philosophy led me to mud jacking and eventually underpinning, deep pressure grouting, micro piles, and other methods of foundation repair.

Today, Arizona Foundation Solutions has over $1.5 million in specialized foundation repair equipment and vehicles. We have a dedicated team that cares about our customers and a wonderful 1 acre facility and office to work from. But my biggest kick I get today still is taking a very perplexing and difficult to solve problem in finding a solution that works and is cost-effective. The best is yet to come as I have a vision for our future that is far reaching and exciting. Look for great things to come from these quarters.

I had the pleasure of being the guest speaker for the Rosie On The House radio show. We talked about Arizona soils in specific regions and their characteristics as well. Rosie told some entertaining stories including how he had a run in with an earth fissure on a motorbike. We discussed how Arizona’s varying soil conditions can affect the foundation of your home and what you can do about it. People called in to the show with great questions and we had a great time in general. In particular we discussed how my Patented heave mitigation system, MoistureLevel,  is revolutionizing the foundation repair industry!

***Bob Brown, owner and operator of Arizona Foundation Solutions (AFS), previously owned and operated Arizona Ramjack L.L.C. until 2014. AFS employs the same installation personnel and uses the same facilities and most of the same equipment as were previously employed and used by Bob Brown, as a Ram Jack Dealer. However, Bob Brown and AFS are no longer affiliated with or associated with Ram Jack.

Read the second installment in this series - Part II: How I Got to Where I Am Now…..& Where We Are Headed Next! - by clicking HERE.

Read the second installment in this series -Part III: Where I am Now - by clicking HERE. 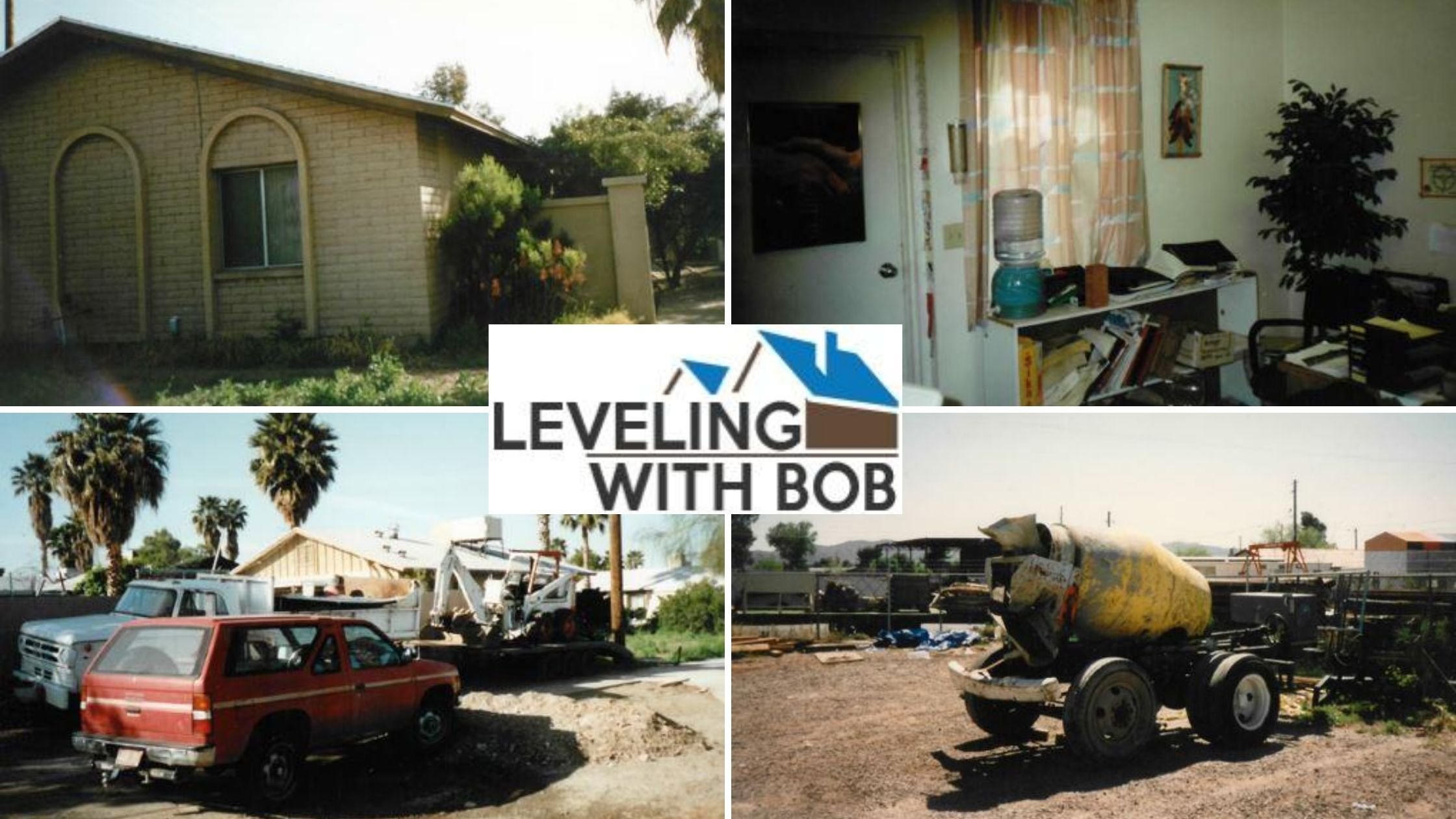