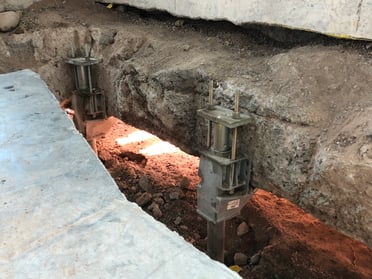 After predrilling each hole for their respective piles, we discovered the holes in some depths opened up and had no resistance as we installed the push piles. The push piles are sleeved for lateral integrity but have no tension connection. We were concerned that some of the pipe sections might drop off into a void as they were being installed.

The solution to this was to weld each section of pipe as we installed it. This added another layer of complexity to the project, however it gave us additional confidence on the pile contiguity.

Some of the piles in certain locations went extremely deep… 200-300 feet. Given the conditions we would normally be concerned with pipe section separation, however the welding should have eliminated that concern.

The strategy of poking out the dock doors to predrill was a good one. However there were sections were we could not utilize this strategy. Some areas where the man doors were, there were no dock doors. In those locations, we were forced to install the piles 4 inches away from the tilt wall face. This was especially true where the fire system risers were.

After several months of drilling, we were ready to start raising the building.  We set up over 100 lifting jacks to simultaneously lift. The first day was a big affair with lots of bystanders to witness. Unfortunately, we were able to only lift about ½” during the first few hours. After everyone left we were able to get a few more inches. We started on the corner of the building that had the most foundation settlement.

On a daily basis, we lifted a section of about 100 piles. As we started to get the building up a few inches, I noticed that the piles were showing signs of stress, which is not normal and really shouldn’t be happening.  After doing some double checking of the math, we soon realized that the numbers we were given for the weight of the building were low.

We then hired an outside engineer, Tony Polusny PE of Pangolin structural, to help with the calculations. Once we brought in additional help we were able to come up with the true weight, which resulted in addition a significant amount of piles to support the loads.

So for now it was back to more drilling and more pile installations. 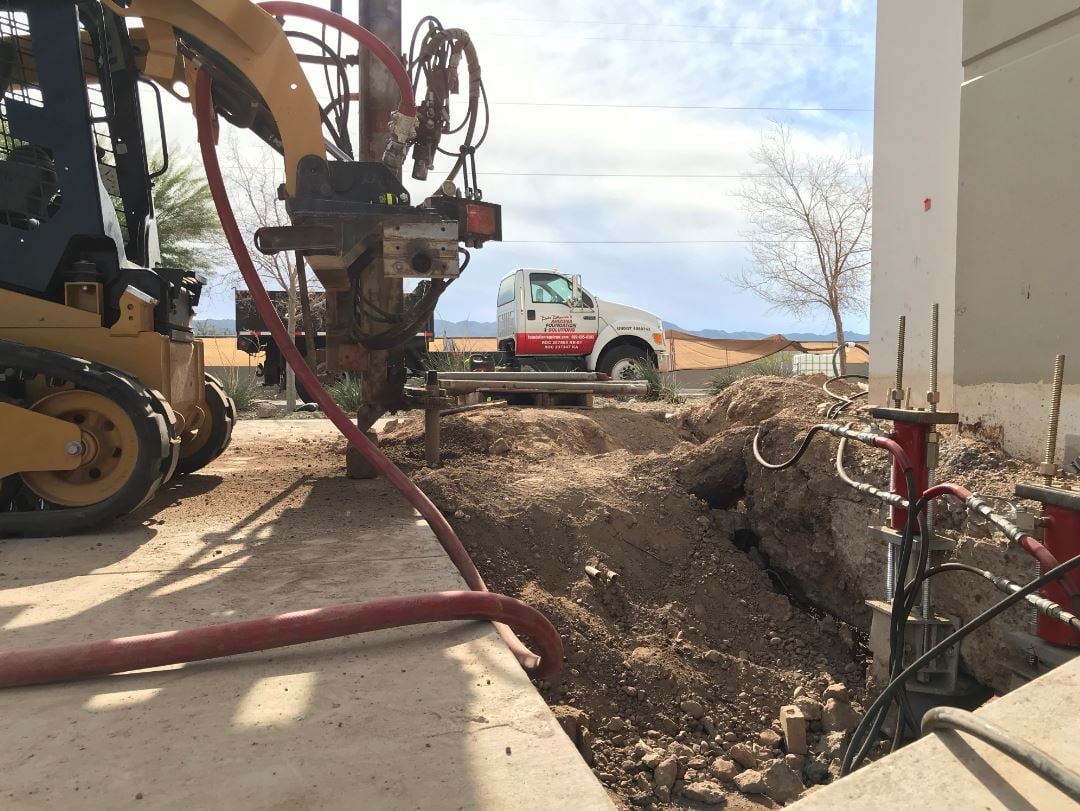