Scientific Evidence Supports the  Efficacy of the MoistureLevel Systems 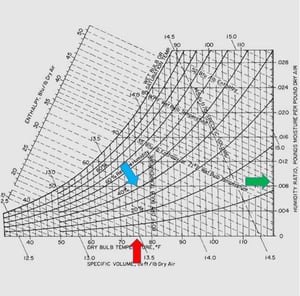 Over the last 5 years, we have installed over 1000 MoistureLevel Smart Foundation Systems. On every install we offer a 12 month assessment. We have taken soil samples, measured temperature, humidity and exhaust wind speed measurements and floor level readings to verify floor movement. Now, after many years of collecting data, an independent study shows that the system is more effective than originally intended!

The summary of the results showed the following:

The conclusion of the author is that the MoistureLevel Smart Foundation System “effective alternative measure to mitigate expansive soil dome heave (foundation heave) under lightly loaded residential concrete floor slabs that have a several-inch-thick layer of AB or gravel under the concrete floor.”

Deatherage has written a comprehensive scientific paper using that data. It is now available to read.

There may be many technical questions. I have asked Dave to write a upcoming blog on his paper.

I have waited many years to compile this data and present the results. I am super excited to present them for comment and discussion.