In order to understand what is happening with the soil, we first need to understand how the historical moisture patterns have affected that soil. Over very long periods of time the evapotranspirative cycle will make long term moisture levels fall within normal parameters. Water by rain and snow makes its way into the water table and into the soil in general. The moisture levels in the soil within general parameters will be constant.

Depending on your particular area, there may on average be more or less average rainfall and thus soil moisture contents. See the below map as shown on blog for the Community Collaborative Rain, Hail, & Snow Network. 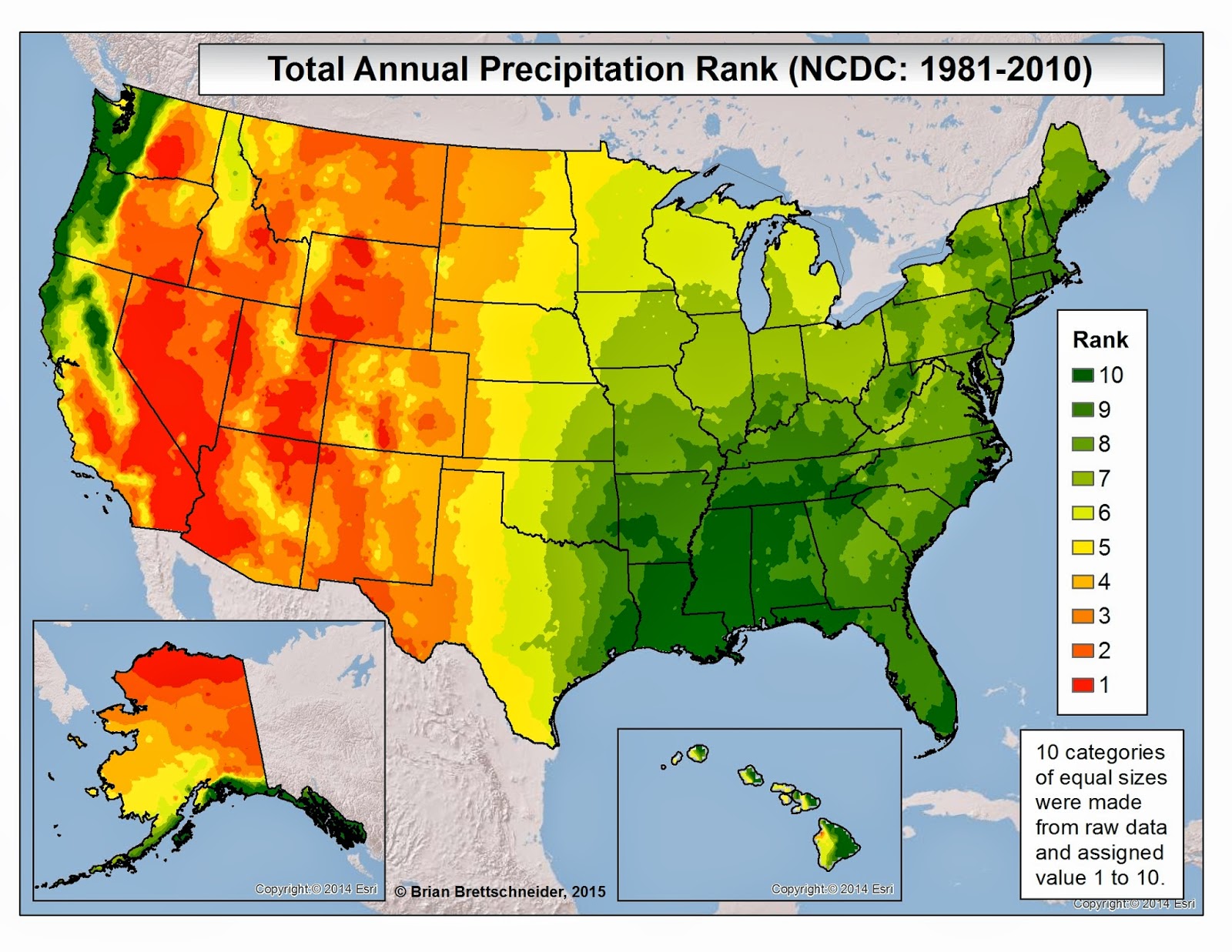 Average precipitation as reported on https://www.cocorahs.org

• Drier climates more likely tends to accumulate moisture over time in the center of a slab on grade foundation.
• Wetter climates tends to have more drying on the foundation perimeters.
• In areas with snow accumulation, a more gradual moisture supply is introduced as the snow melts over time historically both before and after housing is erected.
• In drier desert climates, with less plant life, the soil absorbs less with natural undisturbed landscapes. With the introduction of suburban housing, the water is shed less efficiently and is absorbed more than the historical past.
Let's discuss below!